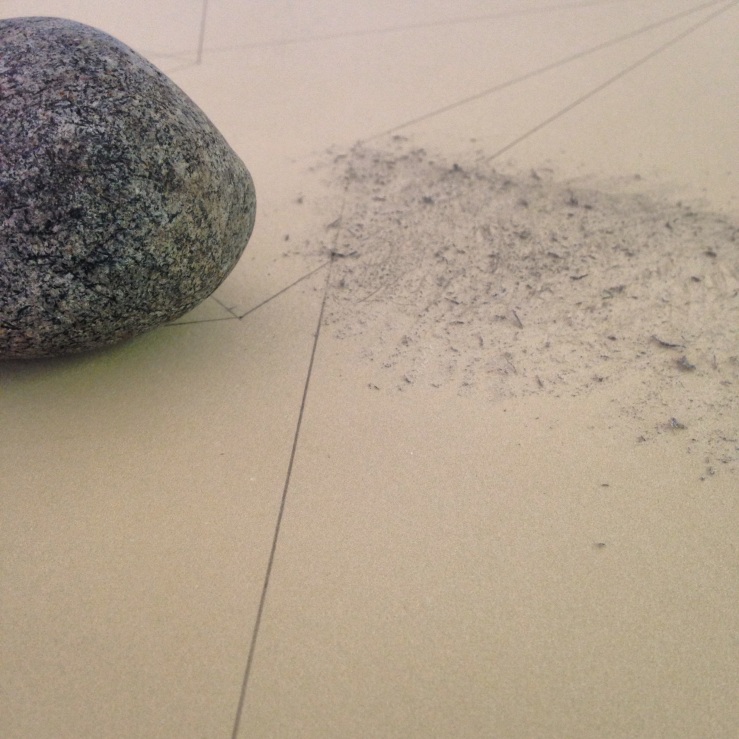 …as chaff (Thanks, Shawna)

Erasure as the growing market for tattoo removal

Erasure as “just like starting over” or as “no such thing.”

…as wrinkled nose and sweaty brow.

An experimental school that I attended in southern Oregon purchased all of the surrounding forest that it could in 2000 in order to protect the forest as the Bush administration was opening the land up for logging. A number of students and I helped to try to restore the forest. It had been logged twice in the past and its canopy was too uniform as a result. We needed to layer the canopy by cutting the shorter and less healthy trees down. In the long run this will allow the remaining trees to become an old growth forest. It was fun and we got to play lumberjack. We turned the trees we cut down into timber and burnt the remaining brush. These brush fires were always potentially dangerous. One of the biggest dangers was that a dead stump could catch fire and the fire could actually burn underground following the root system. If this happened perfectly healthy tree 100 yards away might spontaneously combust, as if it had been seized by a mystical epiphany. This is how I think of the logic of As Painting. Painting is like a fire that has gone underground, but it doesn’t just pop up at random even though it might appear to. there is an underground logic at work, a structure that has form that it follows, a series of veins or roots.       (Thomas Gokey, here.)

The Art of Google Books (where the images above were nabbed) describes itself this way: The adversaria of Google Books: captured mark of the hand and digitization as rephotography. The images on the site drive me batty with their fertile, funny, accidental and purposeful tracking of knowledge and opinion and the romantic quirks of books as objects. I love it, is what I’m saying. I love the finger condoms of the book scanners and the amber-blue zebra feedback of moire patterns. I love the combination of water stains and worm holes and digital hiccups, and the way the original content persists with a straight face.

I’ve been in a concentrated workshop-teaching season and now into the finishing days of solo show in the studio, so most of my online output has slipped into snippets and snapshots on Facebook or Instagram. But hey. There’s something that fits best here, and asks for a little more wind (as in long-winded). I have a real crush on chemistry. A real, unexpected, mind-blowing crush on the world of atoms and molecules, compounds and solutions. Covalent, ionic and metallic bonds. I am such a novice, but I am freshly enamored by the world in which we find ourselves. And it’s all thanks to chemistry.

One of the matchmakers is Natalie Angier, who wrote the book above. I started to read it because I find myself as illustrator of another book on biochemistry and the start of life on Earth through the lens of the periodic table and timely meetings of elements. The author of the latter probably had no idea how much his research would inspire my own practice and send me spinning into poetic reveries about rocks and air, and the bio-terrific forms that they have engendered by their interaction. Like you. For instance. But as soon as I began to understand the project, I remembered that Chemistry was one of my lowest grades in school, and dove into popular literature to help me regain a language lost.

Just one little fact that makes my use of graphite in the studio become something else: graphite is a loose carbon allotrope (one of the slipperiest bonds holds it together: the van der Waals force). So as I draw the pencil over the surface, carbon makes whatever world I think I’d like to build, visually, by happily leaving particles behind. It doesn’t take much force from my (carbon-based) hand. Another carbon allotrope, the same element in a more tidy and perfectly three-dimensional sturdy form, only happens under extremes of pressure and heat and time: the diamond.

Stay tuned for the way that these new bits of information will translate into a show about a love affair between rocks and sky.

Imagination has the creative task of making symbols, joining things together in such a way that they throw new light on each other and on everything around them. The imagination is a discovering faculty, a faculty for seeing relationships, for seeing meanings that are special and even quite new.

So we must all move, even with motionless movement, even if we do not see clearly. A few little flames, yes. You can’t grasp them, but anyway we look at them obliquely. To look too directly at anything is to see something else because we force it to submit to the impertinence of our preconceptions. After a while though everything will speak to us if we let it and do not demand that it say what we dictate.”

I am a big fan of Rick Beerhorst’s seeing/not-seeing paintings. I want to repost them every time a new one comes up. I find this one mildly disconcerting because of the older children who have their eyes open, and in a sense are enforcing the blindness, setting a stage for an act of Not Seeing. One child stares directly at the viewer; we, of course, as viewers, are also, by default, in the looking/seeing camp, so we become complicit. Still, the smallest, “blinded” child is peacefully interior. Patient and relaxed. In motionless motion.

drifts and scatters
Blog at WordPress.com.